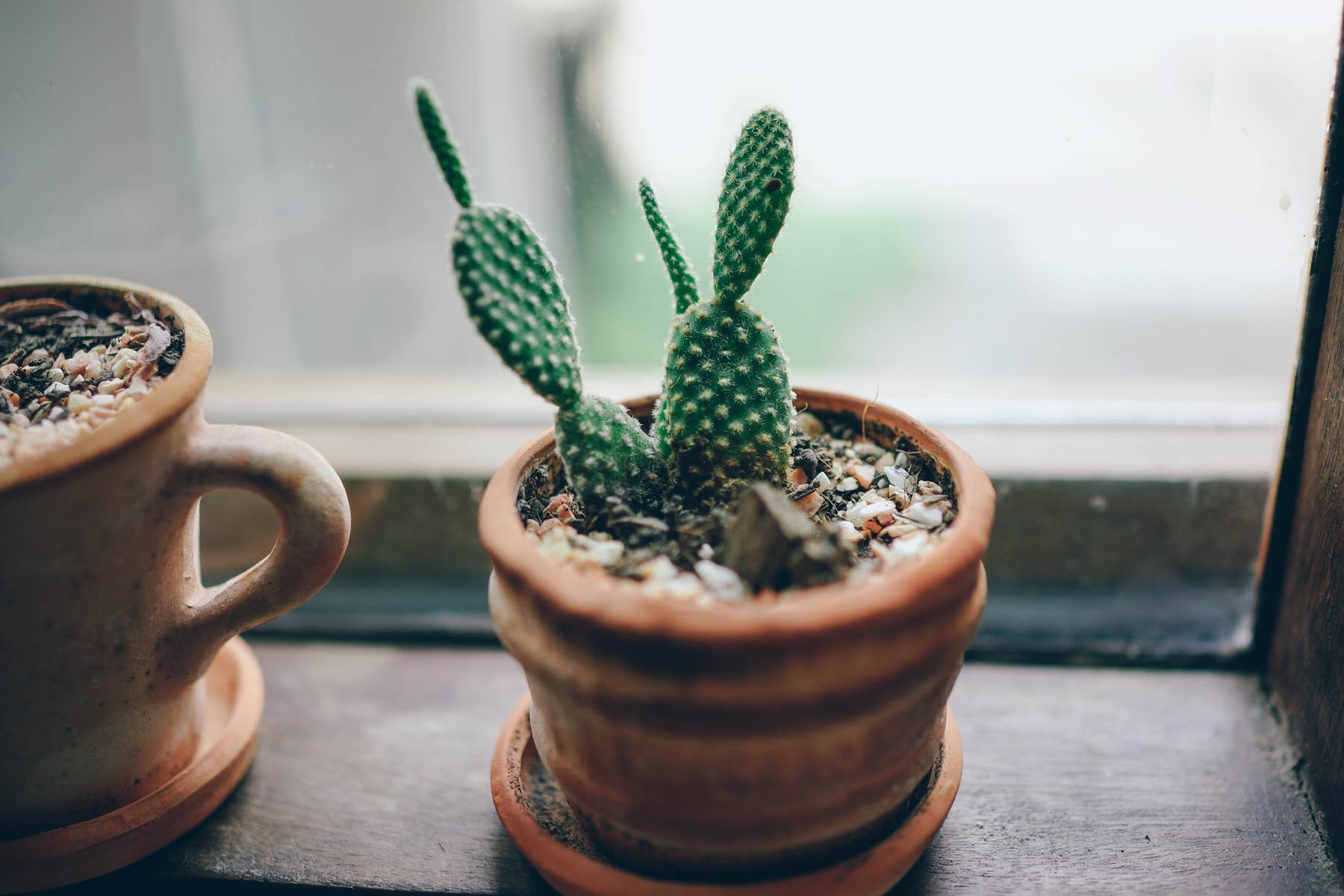 In 2005, I was still a Yahoo user. Yahoo Mail was my jam. I was also one of the roughly 30% of search engine users who used Yahoo to search online. I even used Yahoo for domain purchases and web hosting. Things would soon change. As it turned out, my entry into the world of SEO was also the beginning of the end of my relationship with Yahoo products.

I look back at 2005 as an interesting year in the world of search marketing because it represented the last time that Yahoo and Microsoft (combined) had more market share than Google. In a press release from Aug. 19, 2005, comScore reported the the following market share data:

It’s funny to think about those days. I can still remember calls with clients where I discussed unique SEO recommendations for each of the big 3 search engines. I can’t remember the exact details, but it was something like “You’ll rank better on Yahoo if you have two H1 tags, and you’ll rank better on MSN if you have more internal links with the target keywords in the anchor.” Lol. That was a fun time.

For a while there, gaming Yahoo and MSN was almost like shooting fish in a barrel. Because Google’s spam filters were so much better than anyone else’s, a lot of SEOs made a ton of money by driving organic traffic solely from Yahoo and MSN, whose spam filters/defenses were less sophisticated and whose 45% market share was still large enough to make the effort worthwhile. But I digest…

For the last couple of years, I have been seeing 80%-90% of my clients’ organic search sessions originating from Google. During certain months, I have even seen a few clients get 93-94% of their search traffic from Google. This is why I always get confused when I see Google’s market share reported in the 60-70% range.

A few months ago, I finally saw someone address the discrepancies in the coverage of Google’s market share. And he had real data. And it wasn’t just anyone. It was Rand Fishkin. Rand is someone with a big enough influence and reach to actually make this a talking point in industries beyond the world of search marketing.

My favorite part of Rand’s post was that he was able to distinguish the market share between Google and Google Images. Combined, these two sources represent 90% of the searches in the data set he got from JumpShot. Furthermore, Rand also cited corroborating statistics from longtime analytics giant, StatCounter:

This data is backed up by StatCounter’s numbers, so it’s not just Jumpshot saying this is true.

Living by Google’s Rules – Or Not

With Google’s market share at 90%, it forces us into a spot where we have to live by their rules and optimize websites with their TOS and guidelines in the forefront of every consideration and decision. With that size market share, we can’t ignore them. In fact, we are effectively required to focus only on them.

Alternatively, I have read about some SEOs — who are so fed up with Google — they have created eCommerce websites and blocked Googlebot. These SEOs would rather not start an eCommerce business and be at the mercy of Google’s algorithm updates, in which there are often false positives where websites are moved to page 3 and beyond for falsely being identified as websites that have violated Google’s TOS. This happens, and those companies sometimes die because of it.

By focusing on building traffic from sources other Google, some SEOs believe they can create a much more consistent and predictable revenue stream while at the same time not have to worry about the carpet being pulled out from under them by an algorithmic update or algorithmic error. That is not my bag, but I understand the mindset, especially when you read about people who lost their income and had no recourse.

When the One Who Gives…

Google has changed the world. I don’t even think it’s possible to imagine the number of industries, careers, and jobs that have arisen because of Google and the technology it has created in the last 20+ years.

On a much more personal level, Google is the reason I have a job and a career in digital marketing. I’m grateful for that. And, yes, while I have a job because I’m providing a service where there is a demand, Google really helped solidify the need for SEOs in the marketing industry. Additionally, Google’s branding and popularity sped up the entry of thousands of brands into the digital world.

Google’s mission “to organize the world’s information and make it universally accessible and useful” was such a bold undertaking. Twenty years after they started pursuing that mission, we are much more accustomed to a world where data is everywhere. We see headlines in our feeds telling us how pretty much every company is capturing our data, buying our data, and selling our data. It’s just part of the world we live in now. The idea of finding and organizing guhzillions of data points doesn’t seem so wild now, but back in 1998 the idea of finding all of that data and making it retrievable was downright inspirational.

[On a side note: It is Google’s mission statement that makes me believe SEO will never die. As long as information needs to be indexed, organized, and retrieved, SEO will exist in one form or another, as there will always be companies, brands, systems, and people who want certain information indexed or not indexed, found or not found, and placed higher or lower in the results. It might have a different name, but the concept will be around for a long, long time.]

…Is Also the One Who Takes Away

Earlier this year, I was in a meeting where a VP of Digital asked us, “In your opinion, what is our biggest threat?” My answer: Google. I elaborated to say that Google is now essentially an Online Travel Agency (OTA) , which is clearly a threat to other OTAs, aggregators, travel sites, and hospitality sites. It’s not that Google is selling the products, but they are clearly inserting their own search products into the research path and then basically forcing brands to pay for placements in those products (see: Google Flights).

In July 2010, Google bought ITA Software in order to acquire their QPX software, which provided the data for Google Flights. A lot of people had questions about whether or not this indicated Google was moving into the travel industry and/or whether or not Google would begin ranking its own content over competitors. Here are Google’s responses:

Doesn’t this mean that Google’s long-term plan is to enter the travel search business?
Searches for travel-related information are among the highest-volume queries we receive at Google. We are innovating in a number of ways to make it easier for users to search for travel information and to deliver more useful results to them. It’s also important to note that our goal will be to refer people quickly to a site where they can actually purchase flights, and that we have no plans to sell flights ourselves.

Whatever form it takes, how can Google do something like this without unfairly ranking its own content over competitors?
Our goal has always been to provide users with what we think is the best and most useful information possible. We see opportunities to improve the search experience for users searching for flight information on Google. It’s important to note that our goal will be to refer people quickly to a site where they can actually purchase flights, and that we have no plans to sell flights ourselves.

Those responses are about as clear as mud. To me, those are straightforward yes/no questions that Google does not answer with a yes or no.

Google Rankings: Now vs Then

I have been exceedingly dubious of Google ever since I realized that in some cases organic search traffic to my sites was declining because Google was appropriating more and more of the real estate in the search results to show additional paid ads.

No one can look at this picture and tell me that ranking on Page 1 in the organic listings – for any result (1-10) – means the same thing today as it did back in 2012. The SERPS were much more geared to generating organic clicks. That is not the case today. It’s not like this for every keyword, but this is something that presents problems to marketers who are judging their organic growth based on year-over-year trends. The takeaway: For brands who count on organic search rankings to drive sessions and revenue, don’t believe that a top ranking today will generate as much traffic and revenue as it did yesterday.

For those of us who have seen this play out over the last decade, it’s kinda deflating. What does it mean to achieve or maintain a #1 ranking for a competitive keyword if a mobile user has to scroll past paid ads, map listings, a knowledge panel, and god knows what other widget Google recently created before seeing your hard-earned #1 ranking? In reference to the famous philosophical question about the tree falling in the woods, please allow me to ask one of my own: If I have to scroll down 2-3 screens to see your first position organic listing, is it really even there?

But don’t worry. Despite the seemingly impending doom of being relegated to search results oblivion, I can argue that SEO is even more important now because, if you are able to get into the Top 3 positions and be seen, you can still drive free organic sessions. That is a certainly a competitive advantage that allows you to spend more money on content and other marketing channels. 😉

On one hand, Google gives us life via organic search referrals. On the other hand, Google ever so slowly takes it away by squeezing the real estate for organic listings. This is nothing new. Organic real estate has always been shrinking, and mobile organic listings change shape and placement all of the time. These slow changes lead to innovations and new ways of doing SEO, and that is exciting.

In the meantime, don’t be surprised if Google’s updates to the layout of the search results continue to cause you some headaches. I have seen several cases where my clients are maintaining current rankings while also earning new rankings, yet seeing a year-over-year decline in organic traffic for the landing pages associated with those keywords. Because Google has such a large market share, the only thing we can really do is go back to the drawing board and continue to find new ways drive visits in the world they are creating. It’s been that way all along. In fact, I probably didn’t even need to write this post. Oh well.

Google is moving further and further away from the concept of giving you leads for free, and because they have 90% market share, this will continue to force marketers to 1) come up with new ideas to get the top organic placements and 2) spend (even more) money with Google’s paid programs to get visibility in search.